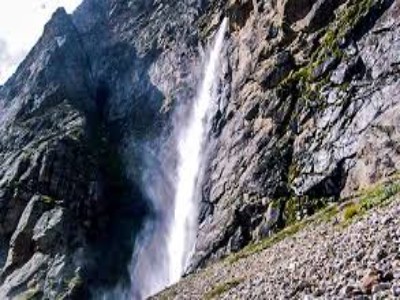 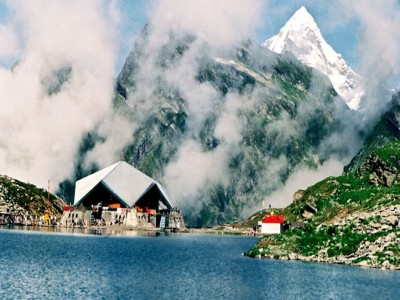 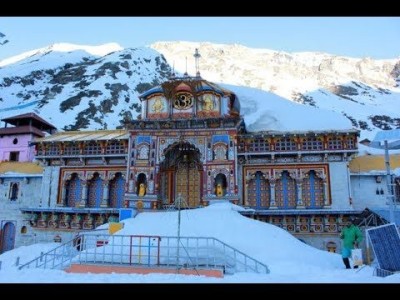 Chamoli, the real abode of Gods holds its reputation for its pious shrines, temples, flora-fauna and mesmerising view of snow-capped Himalayas. Chamoli is also the birthplace of Chipko  movement and with its strategic significance is one of the key hill districts of Garhwal Uttarakhand. Chamoli provides great valley views, river sides, floristic varieties. Rivers and other smaller tributaries like Alaknanda, Pindar, Khir Ganga, Saraswati, Bhyundar Ganga, DhauliGanga and Nandakini flows through the region.

Chamoli is famous for pilgrimage, heritage, waterfalls, natural parks, mesmerising hiking trails and pious temples.The list is long but some worth mention. 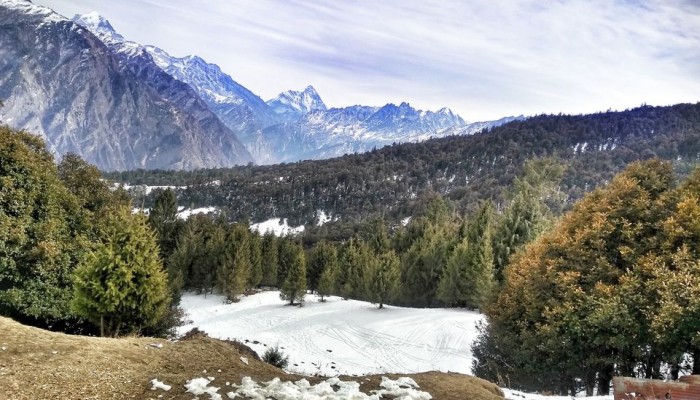 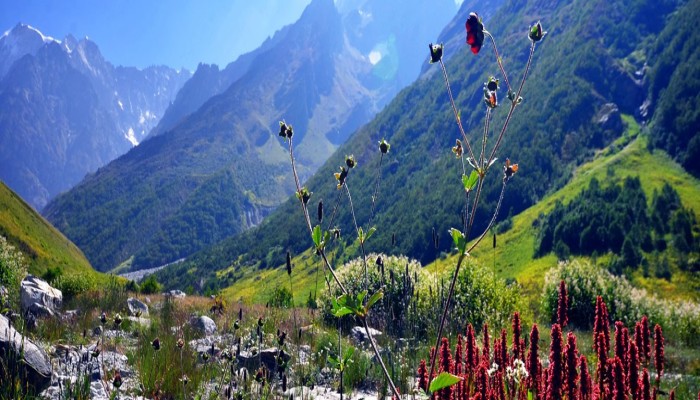 What Is In And Around Chamoli To Experience?

Badrinath Temple- The picturesque town of Badrinath is where divinity meets with the serenity of nature. Located in the Chamoli district in Uttarakhand at the height of 3,133 meters, the pre-eminent abode of Lord Vishnu is one of the holiest of the holy shrines of Char Dham pilgrimage in India. Other Char Dham sites include Dwarka, Puri and Rameswaram.

Situated between Nar and Narayan peaks, the pious land of Vishnu also belongs to the Chota Char Dham Yatra in Uttarakhand. Starting with Yamunotri, Gangotri and Kedarnath, Badrinath is the last and most celebrated stop in the pilgrimage tour of Garhwal Himalayas. Badrinath Dham is easily accessible by motorable roads and the Badrinath temple can be reached by walking along an easy trek. Around 3 km from Badrinath is the village of Mana, which is one of the last villages before the boundary of India ends and that of Tibet begins. The peak of Neelkanth stands strong spreading its mighty aura for all pilgrims and travellers alike.

Badrinath is a land of myriad legends, each one only adding to the glory of this place. Along with these legends, the snowy mountain peaks, gracefully flowing Alaknanda River and incredible landscapes create the perfect background to facilitate a spiritual connection.

Shri Hemkund Sahib- Shri Hemkund Sahib is an important pilgrimage destination for Hindus and Sikhs. Hemkund is the breathtaking Lokpal lake located at an altitude of 4329 m from the sea level. The picturesque natural settings make this hill region an amazing place for rejuvenating vacations. One can reach this majestic lake through a challenging but interesting and enjoyable trek from Ghangharia.

Sikhs consider this as a scared region with one of the famous Sikh Gurudwara placed in the heart of the region. A Hindu shrine dedicated to mythological hero Lakshmana is attractive for Hindu Pilgrims. This temple is built on the banks of Hemkund.

Hemkund Sahib is nestled amidst seven snow capped peaks and marvelous snowy glaciers. The nature is reflected here with all its mighty appearance in the crystal clear alluring water. Hemkund lake is fed by the glaciers from majestic peaks known as Hathi Parvat and Saptrishi peaks. A small stream known as Himganga originates from this imposing lake.

It is recorded in the holy Granth Sahib that the tenth Guru of Sikhs, Guru Govind Singh mediated on the serene banks of Hemkund in one of his earlier births. Guru Govind Singh is believed to be the Guru who founded all present characteristics of present Sikhism. The Gurudwara of the Sikhs on the banks of Hemkund is located at the place where Guru had meditated. Huge flocks of Sikh pilgrims pay their visit to this Gurudwara every year.

Hemkund has got mentions in the Ramayana. It is believed that the younger brother of Lord Rama, Lakshmana regained his health by meditating on the banks of Hemkunt after the severe injuries he received from Meghnath during Rama-Ravana war. The Lakshmana temple is built at the place where Lakshmana meditated to regain the health.

According to the myth, the Pandavas made over Hastinapur to Raja Parikshit and retired here. Also king Pandu, the father of Pandavas had spent his last days doing penance here before his Nirvana, and hence the name. Some famous copper plate carrying old inscriptions,

providing valuable information on the history of the temple and early Katyuri Rajas have been found here. The surrounding region is Panchal Desh better known as UttarKhand. Suryakund , which is on the top of Milam glacier, is a hot water spring. Here Kunti is said to have given birth to Karna, fathered by Surya. Pandu married Kunti at Pandukeshwar near Sri Badrinath.

Adi Badri Temple- Adi Badri is part of famous Panch Badri of Uttarakhand. It is a group of sixteen temples, belonging to the Gupta period. Among them is the Narayan temple, where a black stone idol of Vishnu, three feet high is enshrined. This place is within the Badrikshetra, and Badrinath being the name for Vishnu, the temple is known as the Adi BadriThis temple is about 20kms away from Karnaprayag . it’s huge and was built couple of 100 years ago . Lot of buses can be found coming towards this side from nearby townsAdi Badri is the original Lord Vishnu temple in the region. It is an ASI (Archaeological Society of India) notified monument.The complex has 14 ancient temples of various deities.At Karnaprayag, we took a detour towards Ranikhet. Shared taxis and a few buses run on this route. At about 20 km from Karnaprayag, is the astounding Adi Badri temple.

Rudranath Temple-  Rudranath is the highly revered temple of Lord Shiva is peacefully adorned in the Garhwal Himalayas. It is the fourth temple to visit in the circuit of Panch Kedar Pilgrimage.

The celestial temple is snuggled inside the rhododendron forests and the alpine meadows. The exhilarating trek to Rudranath temple can be either commenced from Sagar Village, Helang or Urgam Village.

Rudranath temple is the toughest one to reach in comparison with other temples of Panch Kedar. The Himalayan peaks adding to the glory of Rudranath are Nanda Devi, Trishul and Nanda Ghunti.

Valley Of Flowers- A sprawling expanse of 87 square kilometers in the Chamoli District of Uttarakhand, Valley of Flowers is set in the backdrop of the majestic Himalayan Ranges. This virtual paradise on earth has been unknown to the outside world till the great Mountaineer Frank S Smith discovered it in the year 1931

A world heritage site, the valley is situated at a very remarkable area, which is the conversion point of Himalayan ranges of Western and Eastern Himalayas. This fairyland located in the high altitudes of Himalayas is protected by snowy mountains. Bounded by the magnificent mountain ranges and glittering glaciers, this place unfolds the charisma and charm of nature at its best.

Vasu Dhara Waterfalls- The nectar sweet, Vasudhara Falls surging near the holy city of Badrinath is one of the most enchanting places to visit in Uttarakhand. This ravishing waterfall drops from a height of 400 feet about 122 metres above sea level.

People believe that the heavenly beauty of the Vasudhara falls can only be savoured by those who are clean, pure and unstained from guilt. Although, it is a remote destination but the undiluted beauty and cool ambiance of this waterfall tempt the nature worshippers to visit it.

Mana Village – The last Indian settlement on the road to Tibet. Mana is is designated by the stately government as a ‘Tourism Village’