Look deep into nature, and will understand everything betterclear 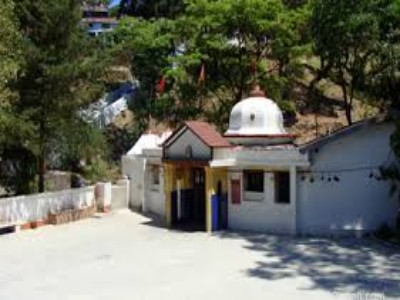 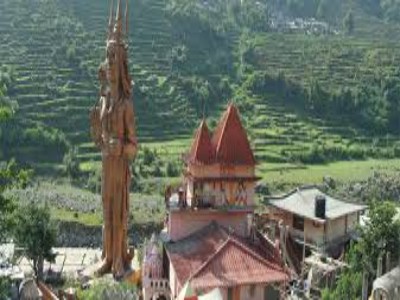 Pauri Garhwal is a district of Uttrakhand. Located partly in the Gangetic plain and partly in the northern Himalayas, Pauri Garhwal district encompasses an area of 5,230 square kilometres (2,020 sq mi) and is situated between 29° 45’ to 30°15’ North Latitude and 78° 24’ to 79° 23’ East Longitude. The district is bordered on the southwest by Bijnor district, Uttar Pradesh, and, clockwise from west to southeast, by the Uttarakhand districts of Haridwar, Dehradun, Tehri Garhwal, Rudraprayag, Chamoli, Almora, and Nainital.The climate of Pauri Garhwal is mostly pleasant in summer and cold in winter. In the rainy season the climate is cool and the landscape green. However, in Kotdwar and the adjoining Bhabar area, it is quite hot, reaching the high 40s Celsius during the summer. In the winter, many parts of Pauri receive snowfall. 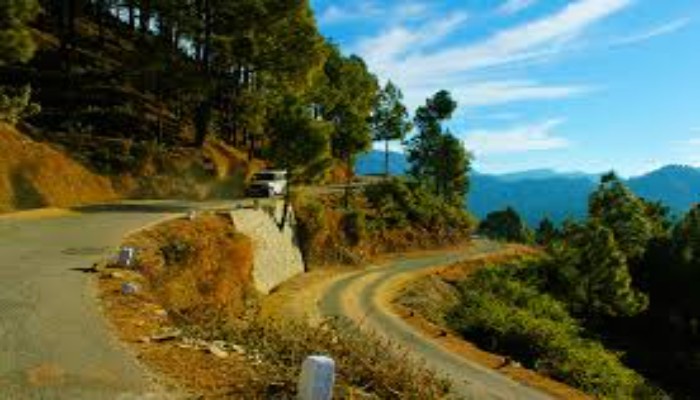 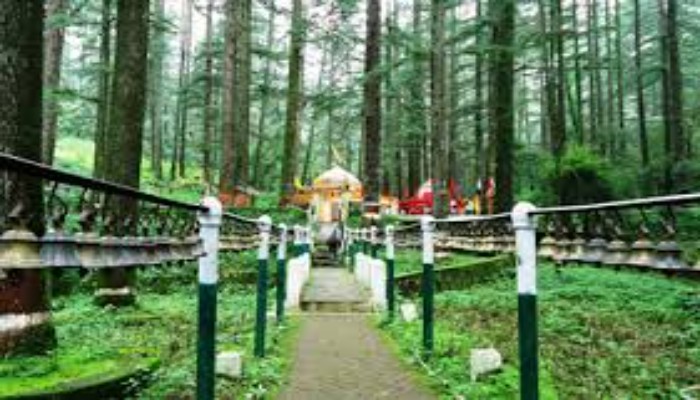 What Is In And Around Pauri To Experience?

Khirsu- The snow-covered mountains of Khirsu offer a panoramic view of the Central Himalayas and attract a large number of tourists. From here one can get a clear view of many named and unnamed peaks. The tranquility of the adjoining thick oak and deodar forests and apple orchards is broken only by the chirping of birds. The ancient temple of Ghandiyal Devta, in the vicinity, is worth a visit.﻿
Doodatholi- One of the most picturesque places, it commands a panoramic view of the Himalayan ranges and the surrounding areas. The indomitable freedom fighter of Garhwal, Veer Chandra Singh Garwali, was enamoured by the place.
Jwalpa Devi Temple- It is one of the well known religious places of the entire division and a large number of devotees come here round the year for darshan. It is 34 km from Pauri on the main Pauri-Kotdwar road. Every year during ‘Navratras’, a special religious festival is held at Jwalpadevi.
Adwani- Connected by a well maintained 17 km long road from Pauri, Adwani is an ideal picnic spot, as it is surrounded by thick forests and devoid of the hustle and bustle of the town. There is a Forest Rest House one can stay in.
Bharat Nagar- 22 km away from Kotdwar and at a height of 1,400 m, Bharatnagar abounds in immense natural beauty. It is mentioned in the ancient Hindu texts that once this place was full of life giving herbs. From here one can have a beautiful view of the Balawali bridge on Ganga, Kalagarh dam and Kotdwar.
Binsar Mahadev Temple- Set amidst dense forests of oak, deodar and rhododendron, it is a celebrated place of worship. The temple dedicated to Lord Shiva is of archaeological significance. The central hall of the temple is beautifully adorned by the idols of Ganesh, Har Gauri and Mardini.
Neelkanth- Just 32 km from Rishikesh via the Barrage and 22 km via Ram Jhoola, this place abounds in religious fervour, mythological significance and picturesque surroundings. According to a legend, this place derived its name from Lord Shiva. It is believed that it was here that Lord Shiva consumed the venom which came out of the ocean during the ‘Samudra Manthan’; due to this his throat became blue, thus giving Shiva the name of Neelkanth.
Tara Kund- Situated at a height of 2,200 m, Tara Kund is a picturesque spot amidst lofty mountains in the Chariserh development area. A small lake and an ancient temple adorn the place. The Teej Festival is celebrated with gaiety when the local people come here to worship and pay homage to God.

Kalagarh- Situated at a distance of 48 km from Kotdwar, Kalagarh is an ideal place for nature lovers. The dam across Ram Ganga River is also worth visiting. Accommodation is available at the Irrigation and Forest Rest Houses.

Chila- Chila Wildlife Sanctuary, a heaven for animal watchers is just 8 km from Haridwar and 21 km from Risikesh. Located on the banks of river Ganga, in the heart of Shivalik Hills, Chila is a part of the famous Rajaji National Park.